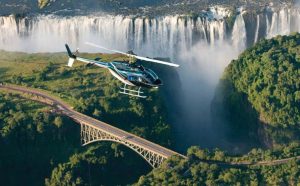 Cape Town (South Africa ) – March 25, 2019 (travelindex.com) – Travel and tourism in Africa is booming, growing 5.6% in 2018 compared to the global average of 3.9% and the broader African economy rate of 3.2%. This places Africa as the second-fastest growing tourism region behind only Asia-Pacific.

Such growth is partly explained by North Africa’s rebound from security crises as well as the development and implementation of policies that promote travel facilitation.

For over 25 years, the World Travel & Tourism Council (WTTC), which represents the global private sector of Travel & Tourism, has produced the authoritative research on the economic contribution of the sector. Our research also shows that in 2018:

Ethiopia stands out not only as Africa’s fastest growing travel economy but indeed the world’s, growing by 48.6% last year to be worth $7.4bn. Notably, international Travel & Tourism spending made up a massive 61.0% of exports in the country. This stunning growth can be attributed, in part, to Ethiopia’s improved connectivity as a regional transport hub and to recent visa relaxation policies.

Then, Egypt’s tourism sector has demonstrated considerable resilience, growing by 16.5% last year with international visitor spending accounting for 27.3% of exports. This follows huge safety improvements in the country and in key destinations such as Sharm El-Sheikh, helping to entice international tourists back to the northern coast.

“We commend the tourism leaders in Africa who are helping to boost connectivity, promote travel facilitation and ensure traveller safety – all of these measures make for supreme growth; the kind of growth that we are now witnessing across the continent and that provides millions of good jobs.”